May I ask you a simple question? Why would you publish a book?
My personal reasons were spreading my work and being able to earn some money. With preposterous naivety of youth, I was convinced that quality of my novel automatically guarantees me both.
As I have already explained here, my journey ended immediately after I had found a publisher and presented my novel to public audience. To put it simply, nobody cared. Not that critics reviewed my book inhospitably; in the first case, nobody even knew there was some novel, waiting impatiently to be discovered and appreciated.

For a while, let’s pretend I can give few pieces of advice to my younger self…

Dear Pavel,
I know you believe in your talent but for God’s sake, trust me if I tell you that no matter how talented you might be (if at all), there is no easy way to win money by writing. Unless, of course, you don’t intend to commit some vicious act which makes you famous. If you do, then, please try to keep some dignity and do not attempt to sing or dance.
What? No, I don’t think that killing someone is more proper way for Slavic gentleman to raise his name to fame. Just hear me out calmly and stop interrupting. Let me ask you what do you do to become a writer? You keep writing? And..?
There is no further ado, you say? Thus, be so kind and enlighten me whom you intend to sell your book to? Readers, right? Which readers, by the way? The people who read books? Someone like you, I guess? Would you mind to describe the process of how your book reach their attention? Oh, I see. The enormous quality of your storytelling, that will undoubtedly cause a sensation, will convey the message to broader audience, won’t it?
Before I run out of my patience, could you provide me any real-world examples? J.K. Rowling?  This is the first good argument we can agree on. The next ones? Stephanie Meyer? E.L. James? Do you really consider both of them being tremendously talented?  Did Fifty shades of Grey turn viral thanks to its literal proficiency? What is your honest opinion? Oh crap, you say? Don’t cry, you little baby, your older self comes to the rescue…

And while poor delusional version of me is disappearing in the mist of time, allow me to emphasize the fact that quality rarely corresponds with popularity. Countless authors did their very best to prove my point. Beside Ms. Meyers and Ms. James, one should avoid certain E. Cline and his Armada, certain A. S. Greer and his Less (great example of how Pulitzer award guarantees nothing) and many, many others.
With optimistic conclusion that even the worst piece of garbage may become international bestseller or get Pulitzer award, let’s dissect method of how to achieve such tremendous success. We have already learned that my younger me would suggest to publish a book waiting for a miracle. On the other hand, my current me would recommend to stop publishing books at all.
OK, I’ll wait until you collect your dropped jaws from the floor. Ready for the next? Be so kind and don’t panic! Nobody demands you to stop writing books, just stop publishing them. Honestly, there is no good reason to do so anymore.
The writers had been printing their novels in a slight hope they will earn money. Is it correct? Or do they just intend to kill a tree because they like to pat their previous brainchild, wrapped in some tasteless cover, or watch it standing in a bookcase? Or perhaps they enjoy approaching complete strangers in a local library while nonchalantly uttering that those volumes over there had been written by them.
If a smell of money doesn’t deter you, I would like to reveal a little secret of how the time has changed. To get as low as possible, let’s introduce girl in her late teens who picked up a pen name Suzi Meyerson and started her fresh online novel called Pink twilight, which is spin-off of certain popular vampire series. 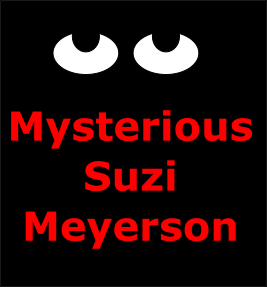 Quite understandably, her work, full of errors and plot holes,  would never meet standards of literary critic; but, you know, the tolerant teenagers, probably sick of those classics they are supposed to read, discover our heroin, sharing her content on social networks  with devastating effect: over the night, certain Suzi Meyerson is becoming celebrity with tens of thousands of dedicated fans.
Oh, I am aware of fact that such situation would be more than overstretched, but for the sake of simplicity, let’s agree on this. When compared to classic scenario in which an author writes his/her whole work privately, public posting offers three crucial advantages: feedback, support and fanbase.
With feedback, our Suzi is able to improve her work gradually, meanwhile experiencing the harsh criticism, inevitable lesson for everyone who tries to survive in unprotected public environment. To endure so-called haters, she needs support that motivates her to continue. The fanbase, translated to dry business speech, consists of her potential customers, had she ever intended to monetize her effort.
Admittedly, after having substantial quantity of followers, she would be in no need of looking for publishers herself. The hard work is already done, so I doubt I’d encounter an ordinary editor refusing Suzi’s novel, based on such trivial reasons such as lacking grammar or story-telling. The smartest ones would probably mark such monstrosity as masterpiece of modernism (or what not) and publish it as it is, saving so money for proofreader. What a brilliant move! Let me have a patent.

One more time, I would like to stress out that wide audience is of crucial importance for a modern writer. The other aspects, emphasized by the community or professional lectors, such as grammar, spelling, story-building, and so on – at the end, all of them are mere topics of fruitless discussion. The ordinary reader is  one-bit automata: he either like your work or he doesn’t.
Fortunately, or unfortunately, no law forbids you to deliver crappy content. From cynical point of view, thousands of paying customers are better than ten satisfied critics. Just remember that the superiority or inferiority of given product is solely in your hand. Make it the best.

Posted by Pavel Morava at 14 June